Waiting to start a new family photo shoot is like waiting for a blind date! It fills me with a weird mix of excitement and nerves, but I need not have worried about this wonderful family as they were literally ‘Incredible!’

Mum had warned me that her son might be a little timid, so when I saw them approaching I pretended to frantically search for him. I looked in bushes, peered behind trees whilst also calling out his name! His little squeals of excitement were punctuated with phrases such as “I’m here…it’s me…!” The whole thing had quite a pantomime feel to it, but you know what…it did the trick! We’d broken the ice without even trying; we’d both forgotten our nerves; and he was quickly showing me where we he wanted us to play! 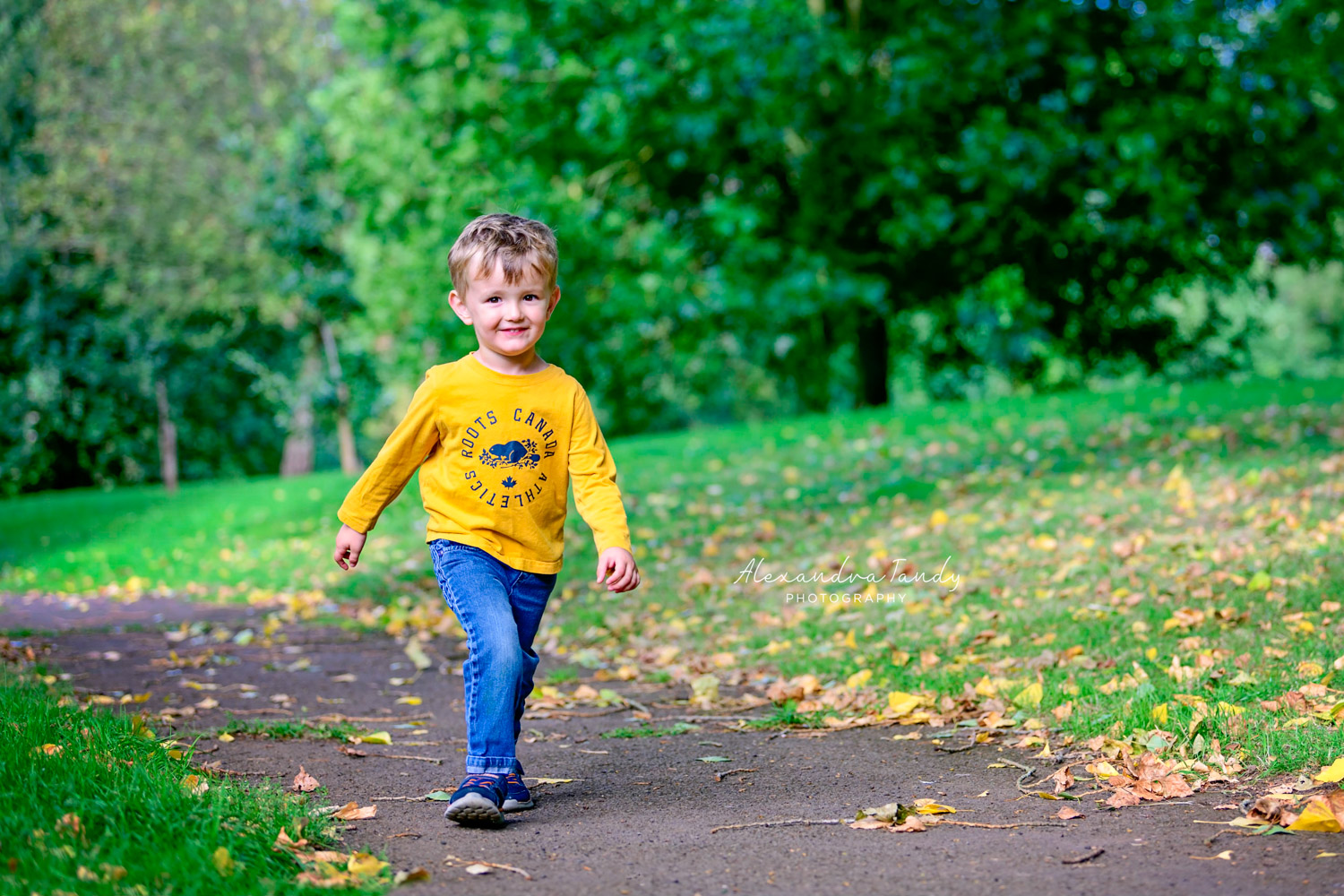 It’s important to make the photo shoot fun for little ones as well as the adults. In general, a family photo shoot will last for up to two hours so I always suggest we play first and then focus on any posed, portrait shots later on. Kids seems to be a little more willing to stand still for the camera if they’ve burnt off some energy first! That’s why I always try and find locations which include a playground, trees to climb or paths to race along. All of these offer up great photo opportunities whilst keeping little ones occupied.

Today we met at St Louis Meadow Park in Banbury which is filled with everything a four year old could desire! 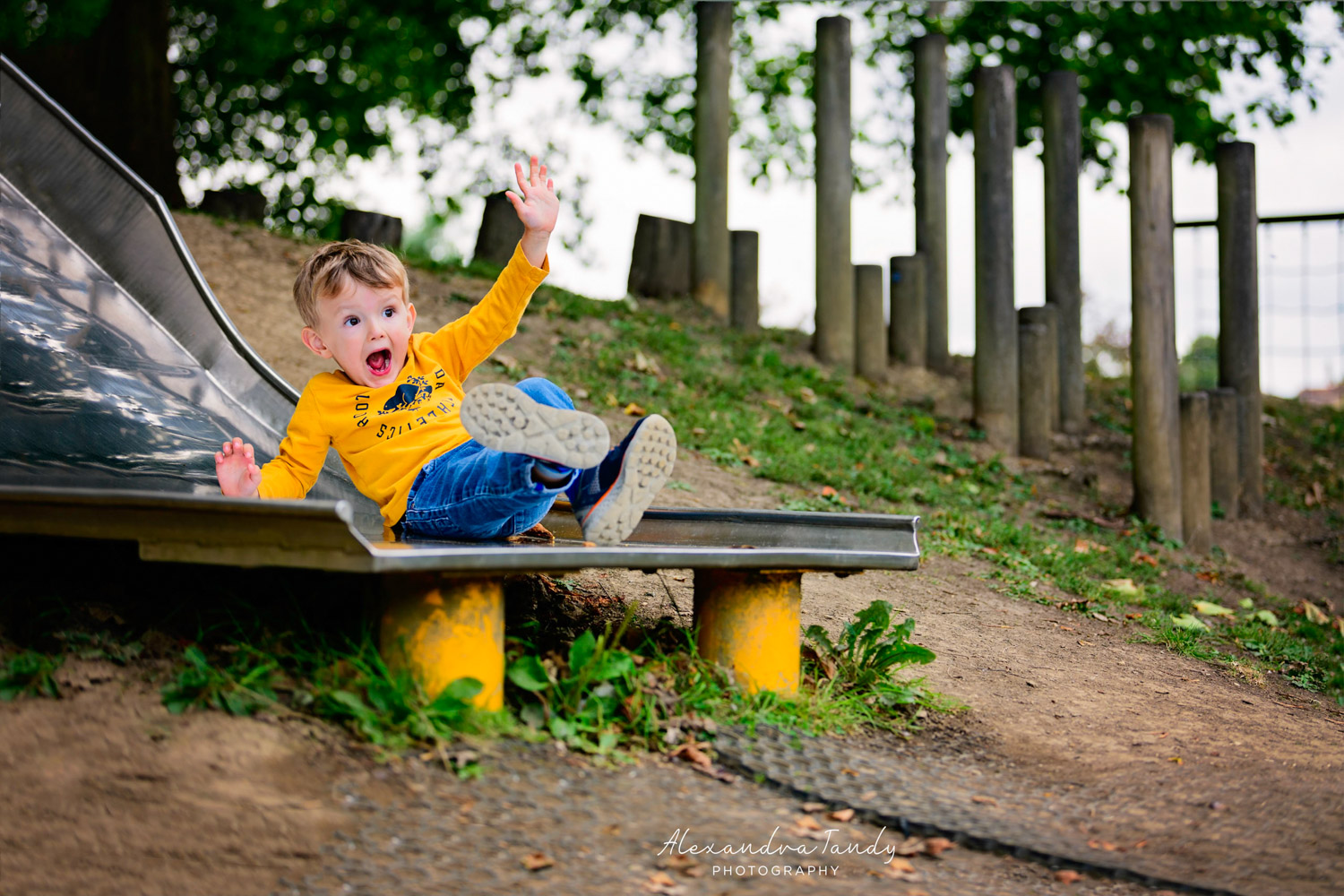 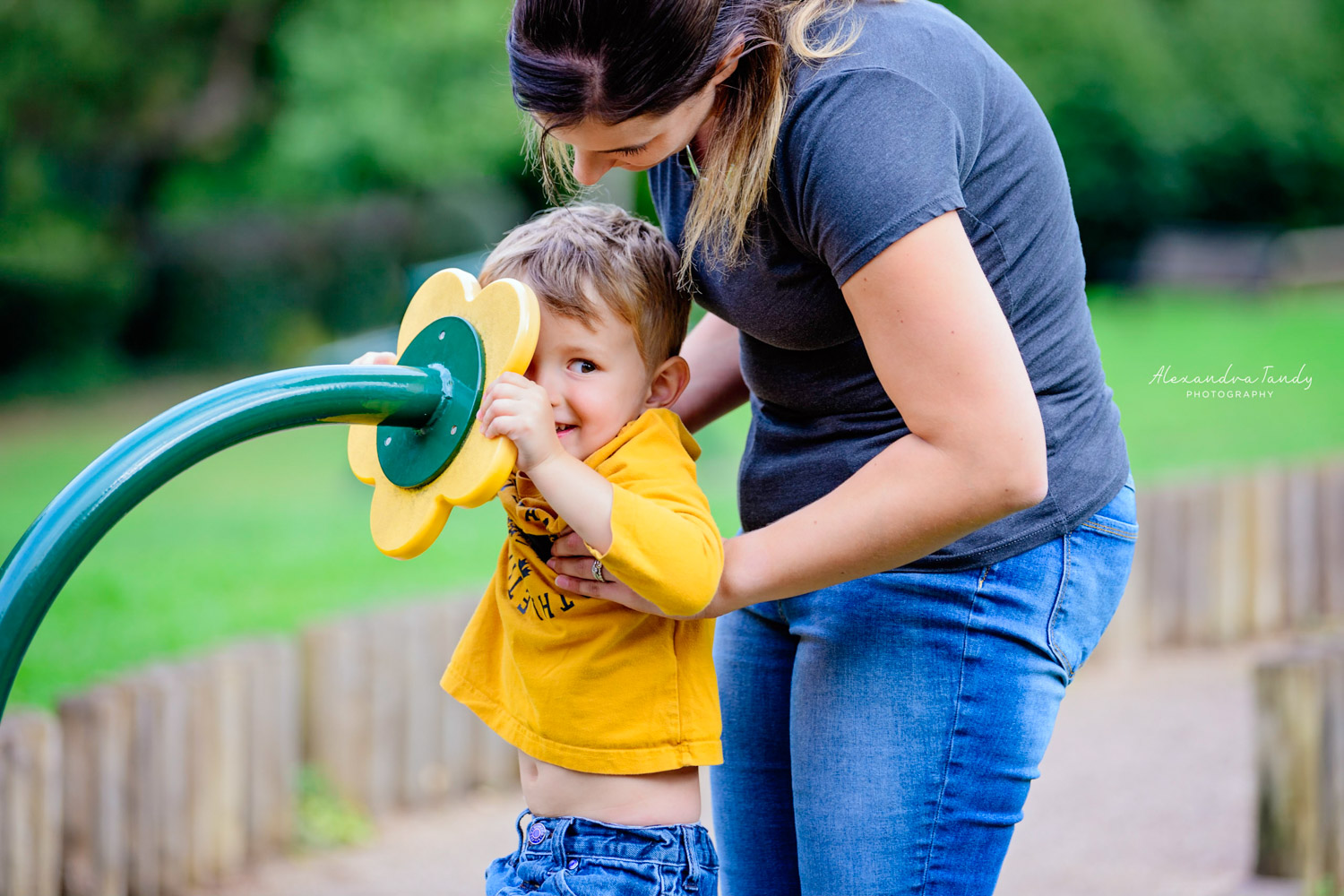 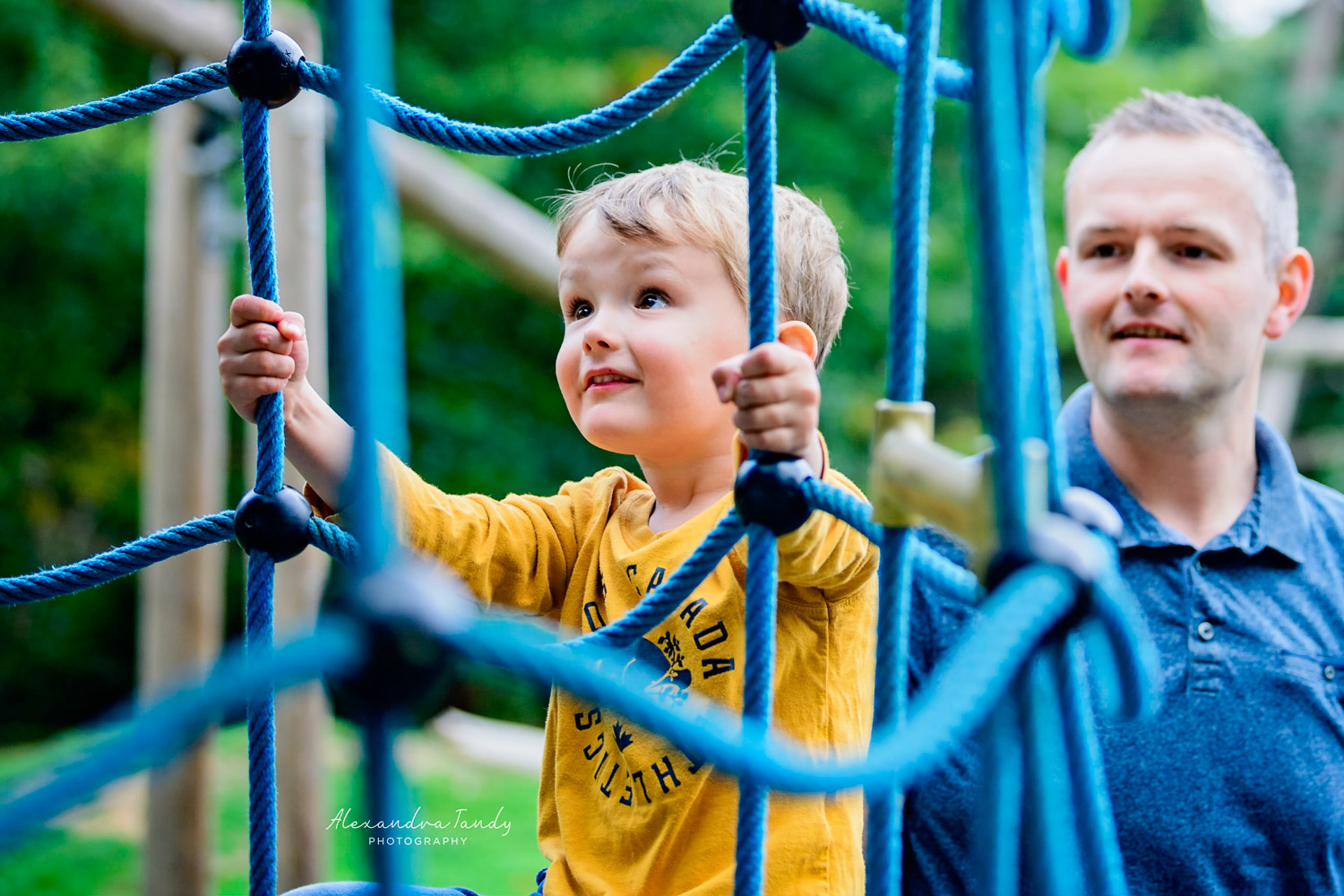 Did you know I send parents a clothing guide before their shoot? Don’t worry, you don’t have to dash out to the shops (unless you really want to!) but it is worth following a few simple steps to ensure you look your best in your photos! This family scored 10/10 for their choice of clothes as it complemented the foliage perfectly and even co-ordinated with the playground! 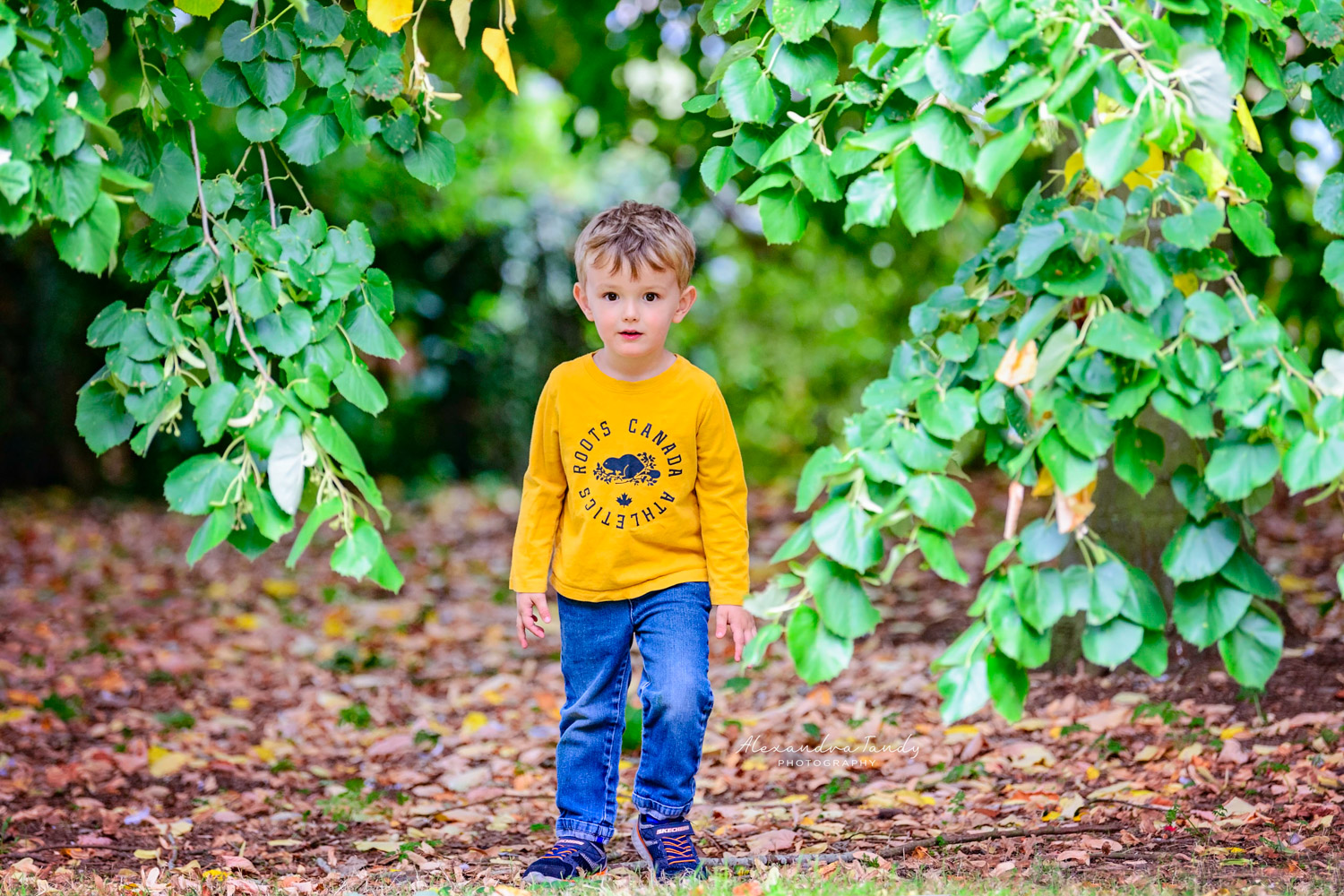 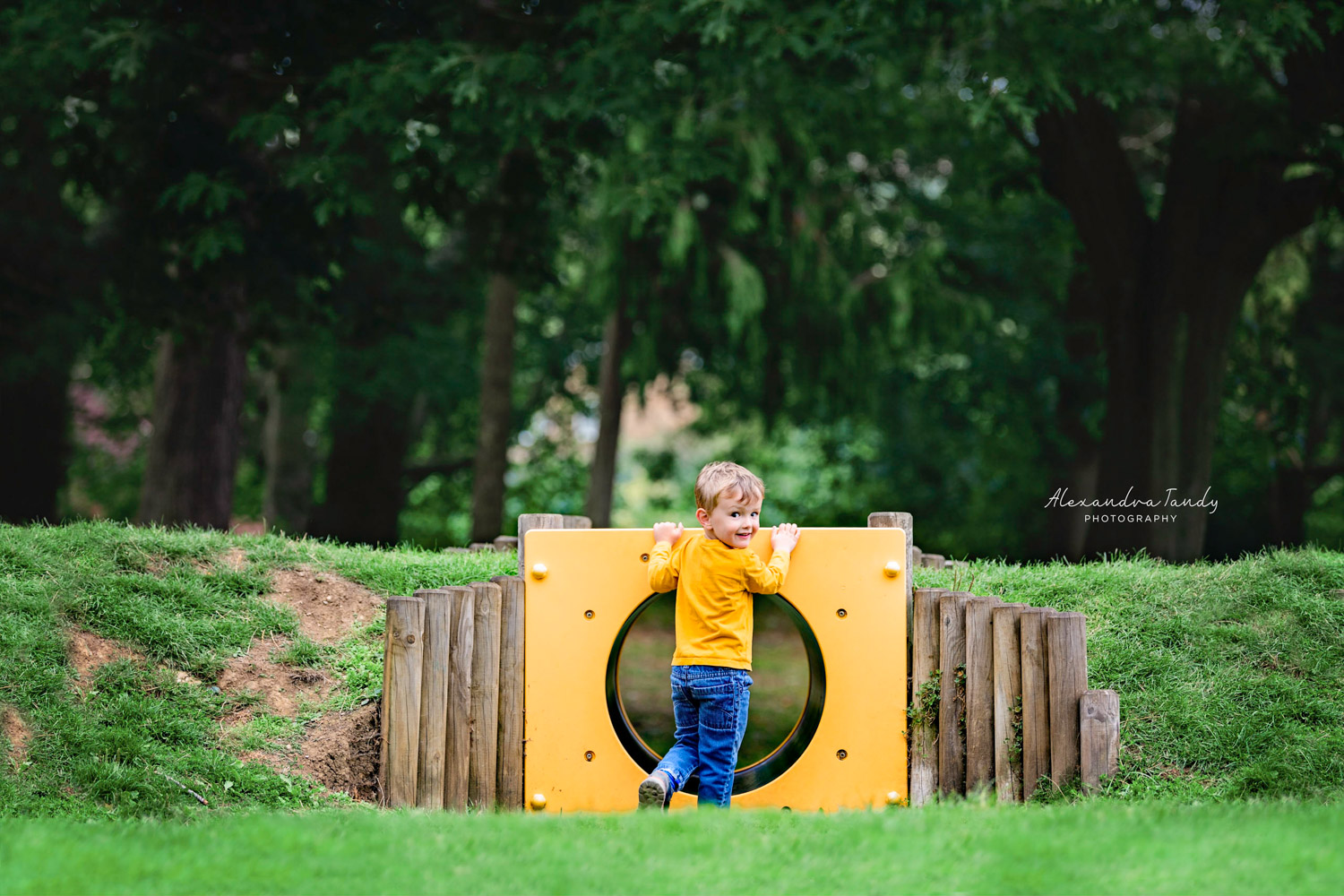 CAN WE DRESS UP AS A SUPERHERO?

Absolutely! The thing about a ‘family’ photo shoot is that it needs to reflect the real you! So yes, if your family love superheroes or want to dress up as anything else for that matter then let’s do it!

In the case of this little man, he’d asked his Mum if he could bring his Incredibles costume to the park. Mum had agreed in order to get him into the car without a fuss, but he kept reminding us that he was going to put it on before he went home! So we took all the important shots and then he and his Dad headed back to the car to change. A few moments later he proudly walked back into the park and our hearts melted all over again! In fact there’s part of me that loves these images even more than the portrait and candid shots above! What do you think? 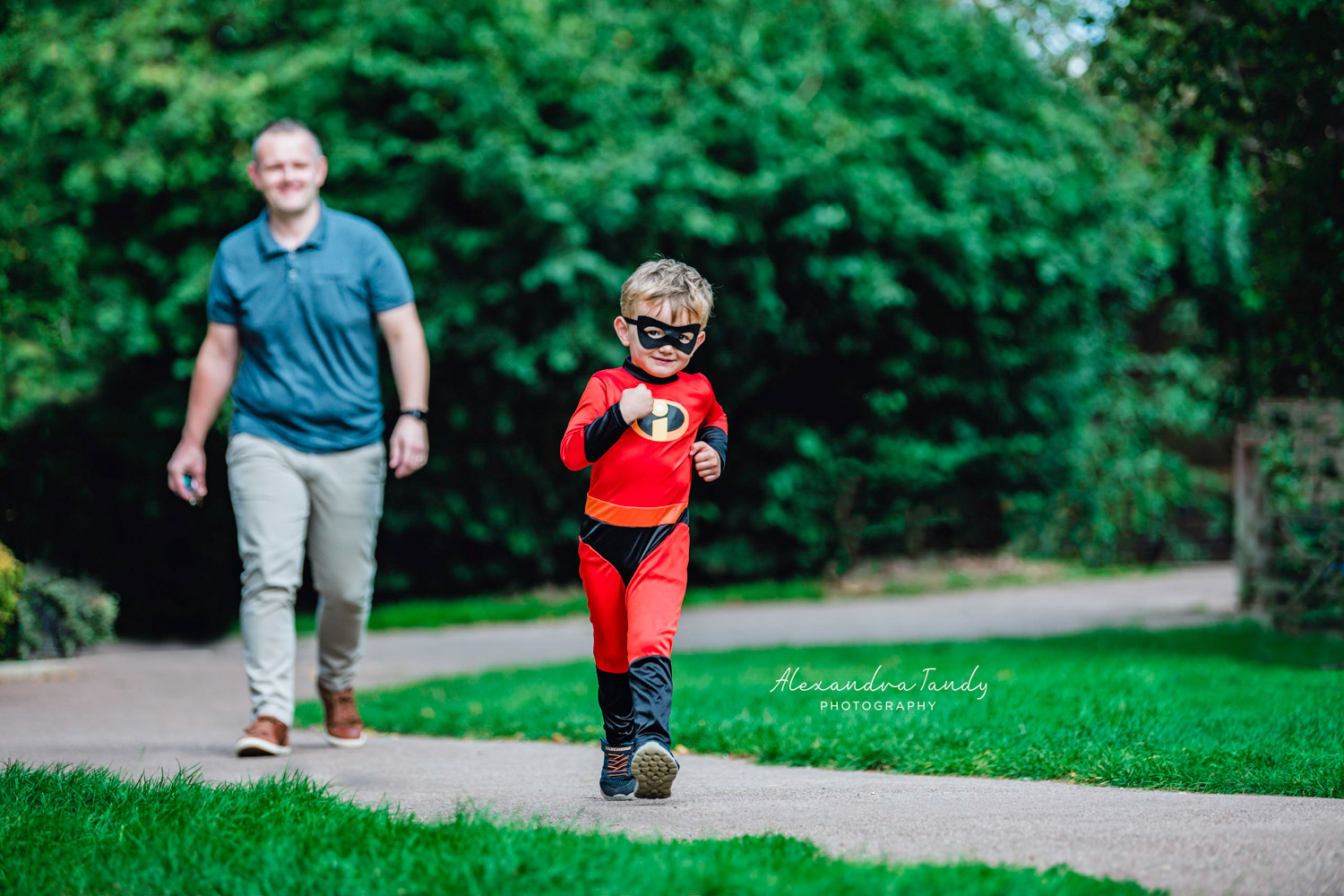 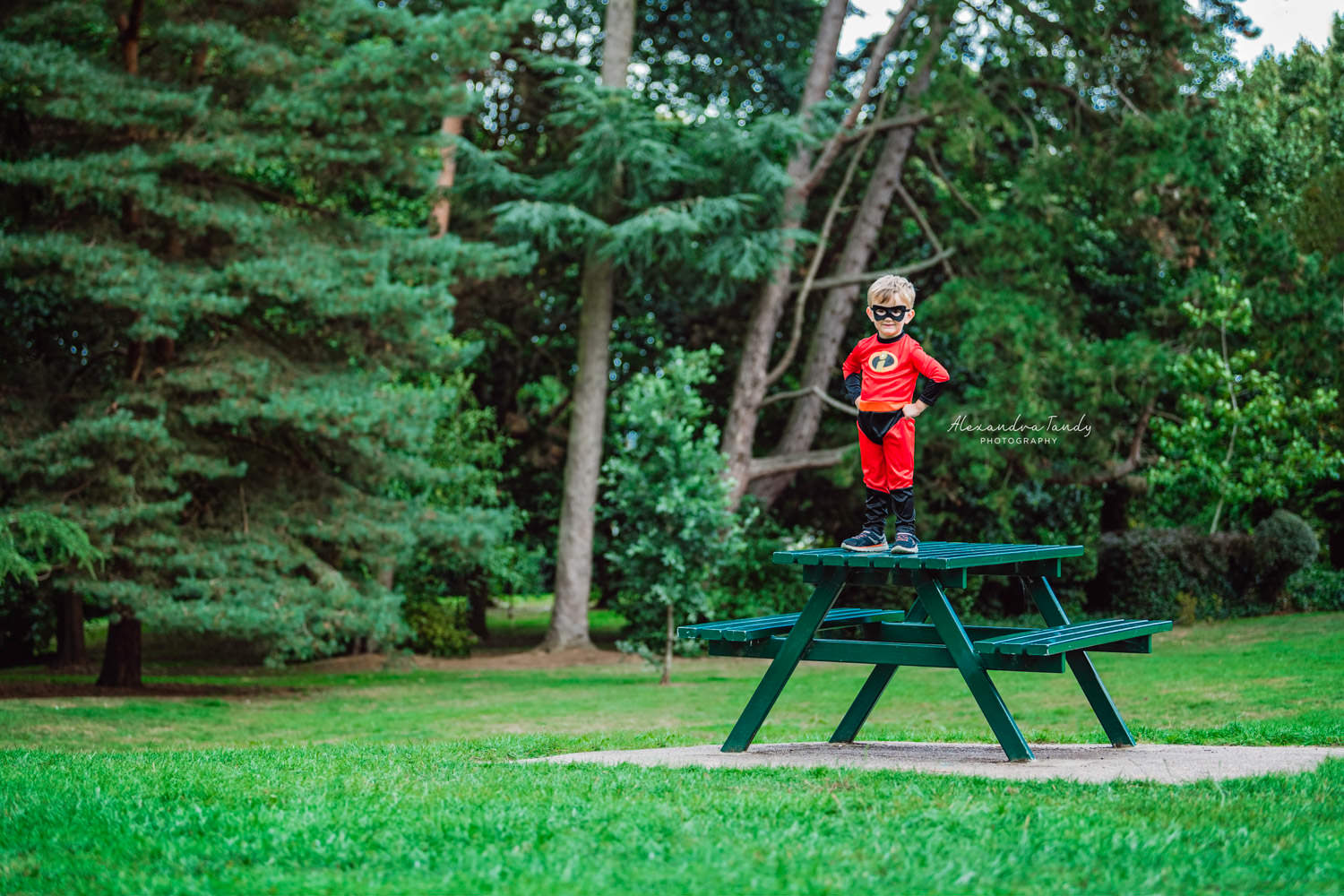 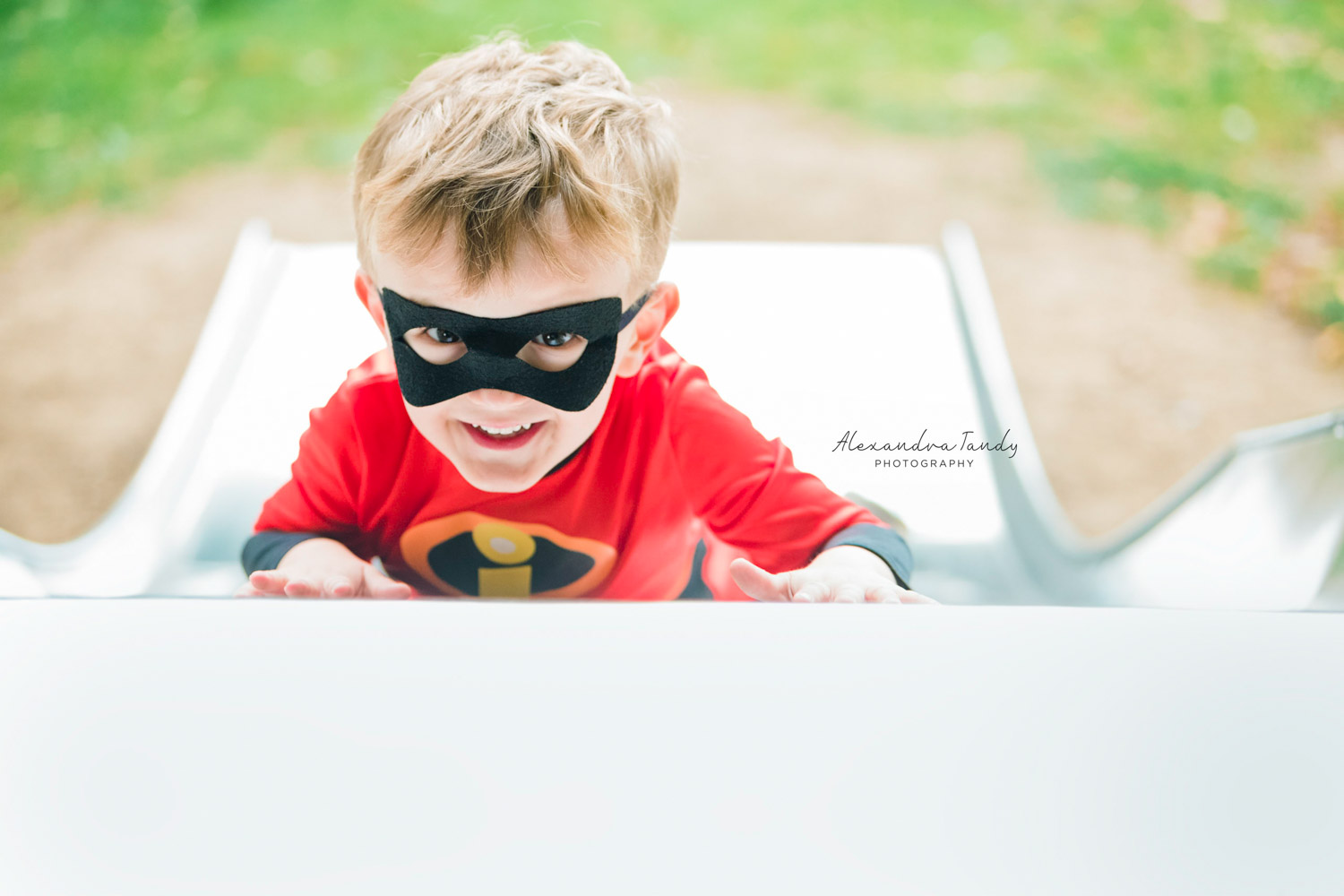 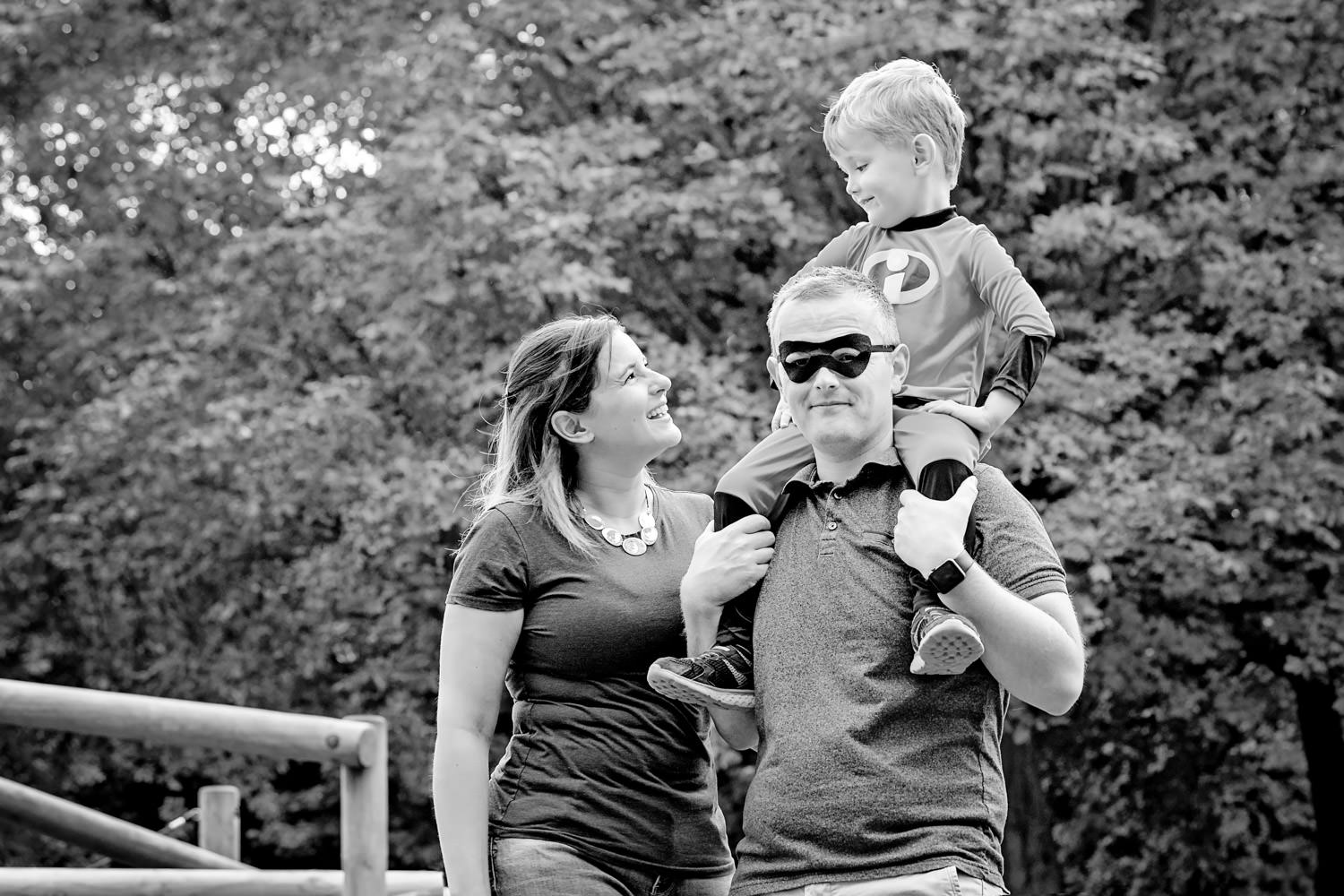 WANT TO BOOK YOUR OWN FAMILY PHOTO SHOOT? 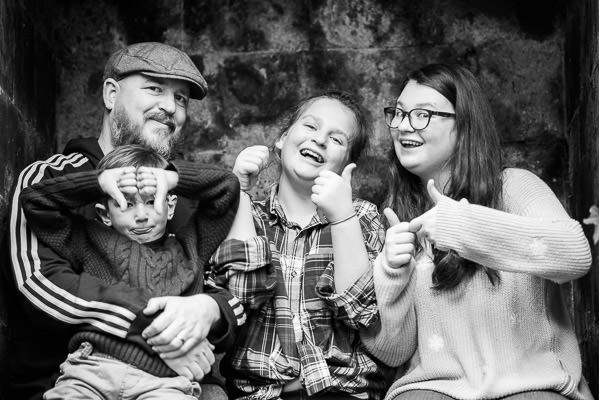 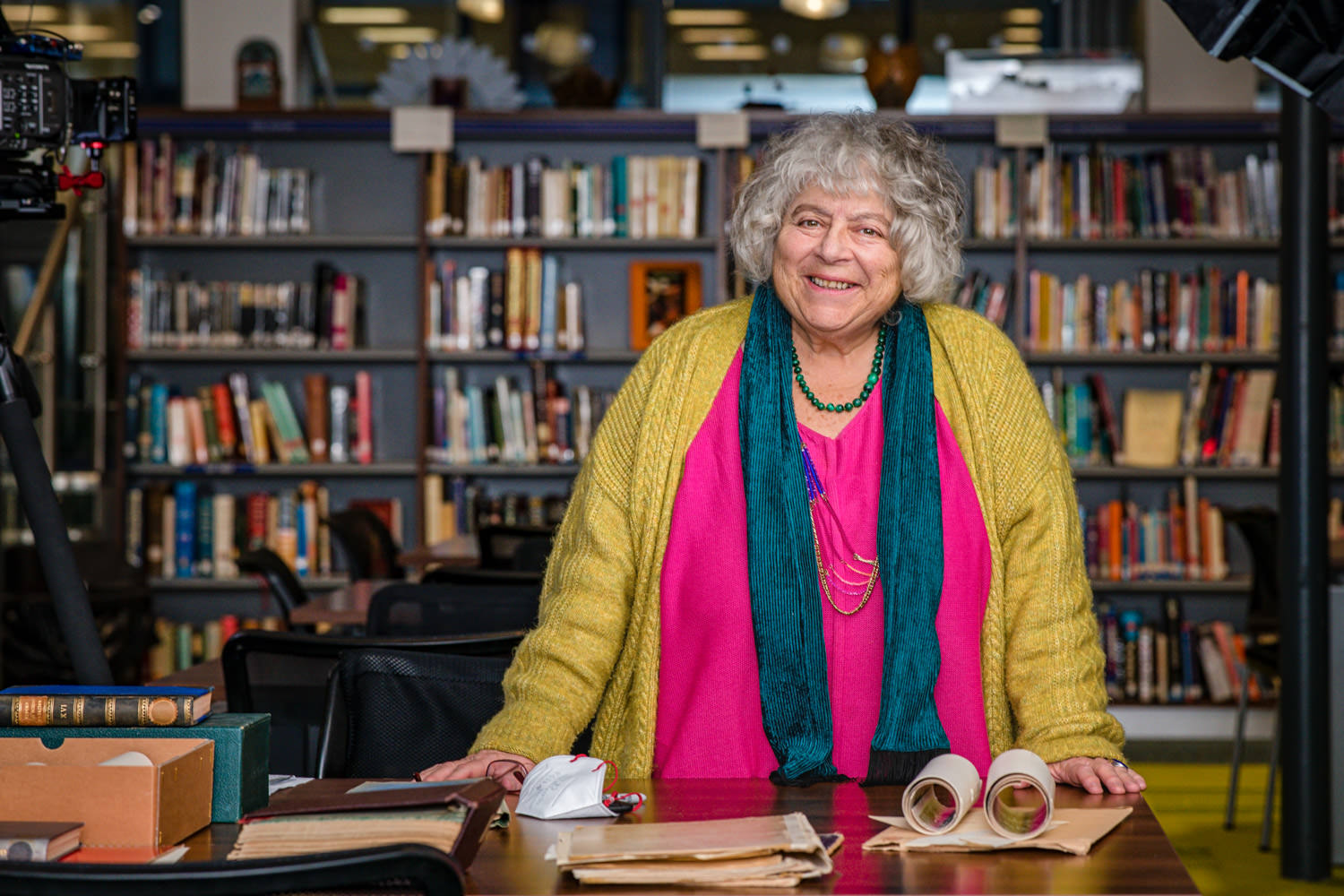 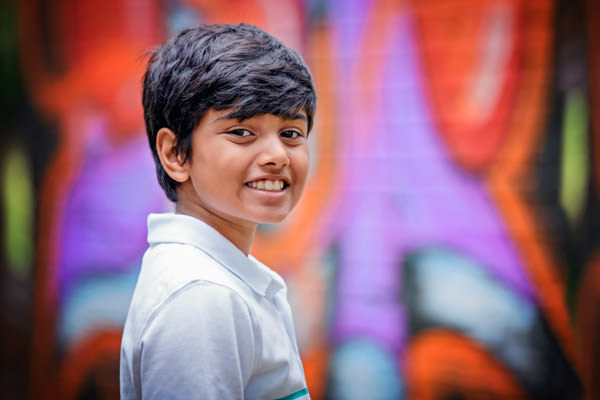